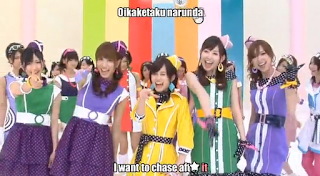 Japanese pop sensation AKB48 recently made their first-ever visit to Washington, D.C. to celebrate the 100th anniversary of Japan's gift of cherry trees to the United States. The trees can be seen scattered throughout Washington, D.C., adding beauty and uniqueness to our nation's capital.


The girls of AKB48 were seen mingling at the Japanese Ambassador's residence with dignitaries including the Ambassador of Japan, Ichiro Fujisaki, and the president of the National Cherry Blossom Festival, Inc.


AKB48 are one of the highest-earning group acts in the world. WIth their own stores throughout Asia and record sales of more than $200 million in Japan alone, these girls earn more than artists such as Justin Beiber, Lady Gaga, Adele, LMFAO, Kanye West, and others.


In addition to celebrating the the cherry blossoms, the pop artists said they want to thank people in the United States for their help during last year's earthquake and tsunami.


During their stay in the United States, the group plans to have two performances at the Lincoln Theatre and Strong John Thomson Elementary School.


Posted by Fujimini Island at 7:03 PM No comments: 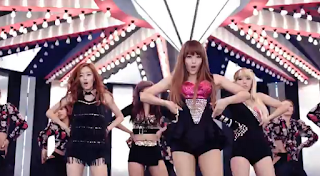 K-pop continues to grow in the month of March! Groups are releasing new albums, singles, and doing tours throughout Asia as well as other parts of the world.


The group SHINee is finally making their anticipated comeback with the release of their first teaser!   Sherlock, the boys' 4th mini album, is being dropped and said to include quality tracks. The album is to be released March 21st and the boys are hard at work filming a new music video.


Several weeks ago, Brave Girls made a comeback with the release of their new single "Re-Issue" as well as their music video to their track "Nowadays You." Fans loved the music video due to the girls' display of confidence and new moves. For those eager to learn the dance at home, Brave Girls just released a practice video to master their moves.

Girl group SECRET is currently touring in Japan and drawing major attention. Fans have reacted very positively to their tour.  On the 5th and 7th the girls performed at Zepp Osaka and Zepp Nagoya and will continue the tour at Zepp Tokyo on the 9th. The  girls will be performing hit songs such as "Magic", "Shy Boy", and "Love is Move." This is SECRET's first tour since their debut and will be meeting with fans and actively kicking off new promotions.


This is a very exciting time for K-pop artists and fans and its popularity is expected to continue flourishing!

Watch Brave Girls' hit track "Nowadays"
Get a sneak peak at SHINee with their teaser!
Posted by Fujimini Island at 6:51 PM No comments:

Sung-Bong Choi update- Where Is He Now? 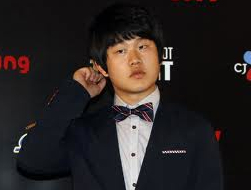 After watching the video of Sung-Bong Choi's audition on Korea's Got Talent, many find themselves reaching for tissues due to his inspiring and powerfully emotional story followed up by an impressive performance.


The 22-year-old was orphaned by his parents at age three and because of abuse fled the orphanage at age five. He then lived on the streets, surviving by selling gum and drinks and sleeping in stairwells and public toilets.


After hearing his tear-jerking story, viewers almost feared he wouldn't be able to sing well but at the end of performance awe could be seen on the audience's as well as the judges' faces. Not only was his story incredible, but his voice was too. After such a stunning performance, many find themselves wondering; where is Sung-Bong Choi now?

Sung-Bong Choi placed second in the Korea's Got Talent competition and has become a YouTube sensation, the views of his videos exceeding 26 million.  Many questions are raised regarding what  is in store for Choi. Will he be able to have a record deal? Will he oust for a more normal life?

Or will he continue his life in Dae Jun. Choi's next move is unclear, but we will be sure to follow his progress, eagerly awaiting the success and fame that we hope is coming his way.