New in K-Pop: Yesung Updates His Fans and Psy Brings Down the House In Italy With His New Hit, "Gentleman" 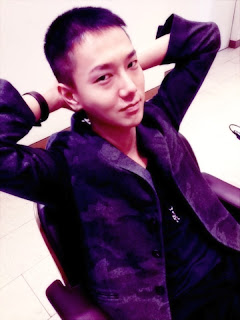 Kim Jong-woon, better know by his stage name Yesung, has recently posted on his Twitter page updating eager fans on his wellbeing while he's away. The member of K-pop boy band Super Junior, enlisted in the military and  left for basic training May 6th.

The 28-year-old artist will remain there for the 4-week training period and then go on to carry out the full 23 months as a public service officer.

Yesung has been greatly missed by his fans, and knowing this, he released a statement via Twitter assuring them he is doing well and watching over them.

In addition, he posted two pictures, each with a similar pose- but in one he has his normal pre-training haircut and in the next he is sporting a shaved head!

Once again, Psy captivated the crowd with his unique beats and ridiculous dance moves, but this time not to our beloved "Gangnam Style" but to a new song.

Appeared on 'The Voice Italy', Psy brought his signature moves and clothing style to the Italian's attention- who welcomed him with open arms, despite a recent, not so positive response during a soccer match in Italy. 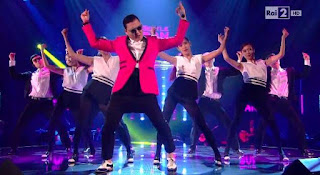 He concluded the final episode to the popular show by performing his new track "Gentleman". To say the judges and crowd enjoyed the performance would be an understatement.

After only a few minutes, Psy had transformed the room into what could only be called a party, with the entire crowd up on their feet and dancing along. There can be no doubts that this artist definitely knows how to party!

Click below to watch Psy's performance of "Gentleman" on 'The Voice Italy"!

Posted by Fujimini Island at 2:55 PM No comments: 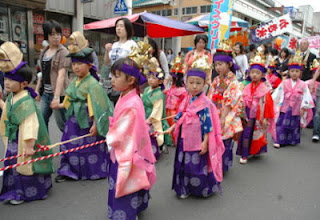 Golden Week in Japan is concluded with the national holiday known as Children's Day! This is a day dedicated to the celebration of the healthy growth and happiness of children by their families.

It became a national holiday in 1948, but has been celebrated by families in Japan since ancient times. It is suspected that the celebrations began during the reign of Empress Suiko, who ruled from 593-628 A.D. It became assigned to the 5th day of the 5th month after the Nara period.

Traditionally, the 5th of May was called Tango no Sekku and was a festival exclusively for boys, while the third day of the third month was reserved for girls. It has since been changed so May 5th includes both boys and girls. 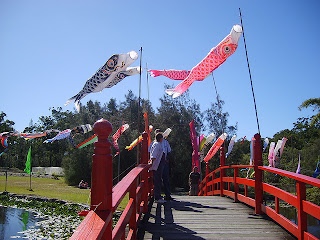 On Children's Day, families with children fly carp-shaped steamers outside the house and display dolls of famous warriors inside. Families also often take baths sprinkled with iris leaves and roots. The iris is thought to promote good health and ward off evil. It is also traditional to eat rice cakes wrapped in oak leaves and filled with sweet bean paste, called kashiwamochi.

Each year, there are many events to highlight and celebrate children on this day. Kyogen, a type of comic theater, was founded around 600 years ago and is performed with traditional costumes and distinctive styles of acting. 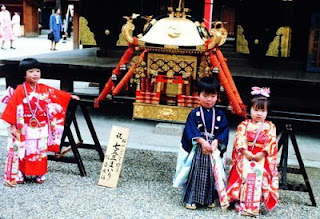 One year, at the Yokohama Noh Theater, a kyogen recital was held featuring 18 actors between the ages of seven and thirteen. The kids had attended practices one or twice a week since the previous summer to learn the unique comic expressions, movements, and uses of the fan. The theater was packed with friends and parents, both entertained and impressed by the children's performances.

This national holiday, celebrating children around Japan, is the perfect way to end the week of celebrations and festivities known as Golden Week!

Posted by Fujimini Island at 11:24 AM No comments: 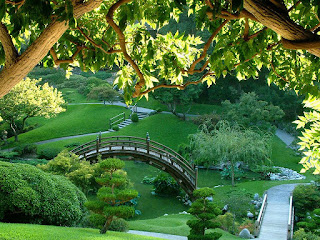 The celebrations are still going strong through Japan as Golden Week welcomes its third annual holiday; Greenery Day. Originally, Greenery Day was the replacement holiday for the birthday of Emperor Showa after he passed away in 1989.

The holiday was named Greenery Day because of the Emperor's great love and appreciation for nature.

In 2007, April 29th was changed to Showa Day and May 4th became the holiday to celebrate all things green. 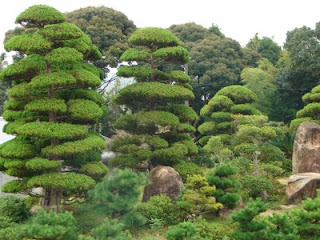 To honor this holiday, people are encouraged to get outside and surround themselves with nature. This includes walks through the country's breathtaking parks and outdoor family gatherings and picnics. Annual tree plantings are held across the country and people come together to get their hands dirty for a good cause- restoring the beauty in our environment!

Has your family received a Nook, Kindle or iPad this year?  Find Fujimini Adventure Series award-winning books here.  Great family-friendly gifts
Posted by Fujimini Island at 9:37 AM No comments: 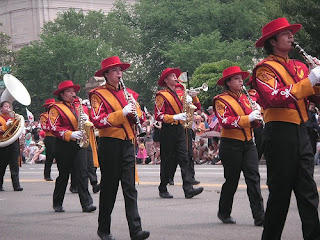 The second holiday in the collection of Japanese holidays, known as Golden Week, has officially begun! Today, May 3rd, is known throughout all of Japan as Constitution Memorial Day.

The purpose of this national celebration is to acknowledge the promulgation of the Constitution of Japan, which came into effect on May 3, 1947. This day asks Japanese citizens to reflect on democracy and the Japanese government.

Countless ceremonies throughout the country mark the importance of this day. In addition to participating in the ceremonies, thousands of people attend lectures on the role the constitution has played within the government over the course of the last fifty years. 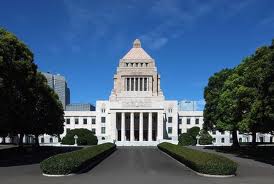 In special celebration of this day, The Diet building is even opened to visitors. So many families will set aside some time on this day to explore the halls that are usually off-limits to them.

Has your family received a Nook, Kindle or iPad this year?  Find Fujimini Adventure Series award-winning books here.  Great family-friendly gifts
Posted by Fujimini Island at 10:40 AM No comments: