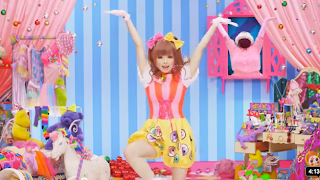 Popular culture, often referred to as pop culture, has been widespread in Western culture since the early to mid 20th century. Pop culture can be defined as the ideas, perceptions, and even media within a certain culture.

Pop culture emerged globally in the late 20th and early 21st century and it is everywhere. It has become especially widespread in Japan. The movement of pop culture has continued to rise since the 1980s and 90s, becoming one of the most sought after sources of entertainment alongside the United States. Japanese Pop Culture consists of film, television, pop music, and manga that is enjoyed worldwide. In Japan, pop culture is seen as an escape from the stress of life and work. More than 90% of Japanese men and women admit to spending at least 2 hours a day watching television. The manga industry is the largest comic industry in the world. Manga is loved and read by people of all ages and dozens of publications are released regularly. Japanese anime and arcade games have been the influences of companies including Nintendo and Sony.  JPop is another huge force in Japan.


Kyary pamyu pamyu started singing to cheer people up after the earthquake and tsunami. She comes from the very fashionable harajuku district. The song is called ponponpon.

Posted by Fujimini Island at 10:05 AM