My Reaction to Eileen Wacker's "Rainbow Panda and the Firecracker Fiasco" 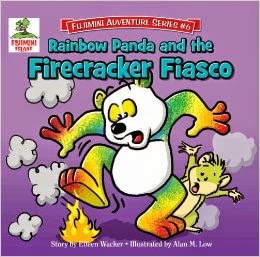 In Eileen Wacker’s sixth addition of the Fujimini Adventure Series, Rainbow Panda is just itching to cause some trouble as the other Pandas on the island prepare for the New Year’s celebration. While all the Pandas are busy sweeping, cleaning, planting flowers, and writing wishes on ribbons, Rainbow Panda is busy concocting a plan that turns him into a hero. One of the most exciting parts of the New Year celebration is the fireworks display of course, but this year Rainbow Panda wants to put on a fireworks display of his own. To set his plan in motion he tries to get the help of Green Hamster, who is always eager for excitement. Will his explosive plan turn him into the New Years hero he hopes to become or just cause a whole lot of trouble?

Ms. Wacker does a fantastic job of telling a fun story while incorporating cultural elements that may be unfamiliar to most American children, such as the customs and traditions behind Asian New Year celebrations. Using lessons like teamwork, problem solving, and following rules, the story puts an educational spin on a cute and funny tale of adventure and learning consequences. Rated 4.8 stars on Amazon and 4.4 stars on Good Reads, this story is definitely a crowd pleaser and one of my personal favorites of the Fujimini Adventure Series. 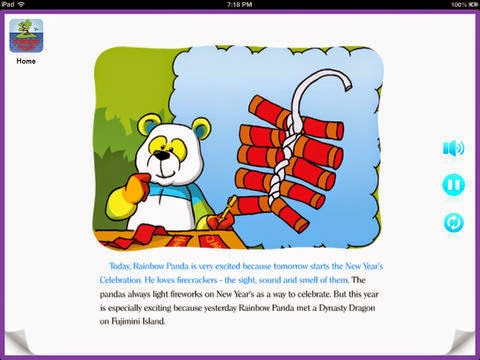 When asked about her motivation and inspiration behind writing the sixth book of the series, author and CEO of ONCEKids publishing, Eileen Wacker, responded; “My motivation for the Rainbow Panda book was to highlight a New Year that is celebrated by half of the world's population. I also wanted to highlight how hard it is for kids to accept rules and people saying 'NO". And to show how sometimes mischievous antics can lead to unanticipated issues. But good teamwork and strong friendships will usually ensure a happy ending. The Rainbow Panda is a rascal and I love him as a character.”

Posted by Fujimini Island at 8:44 AM