South Korea Also Has a Holiday for Celebrating Children

May 5th is not only a special day in Japan, but it is a public holiday in South Korea as well. And like Japan, South Korea also dubs May 5th as the day for the celebration of children nationwide.

May 5th was designated as Children’s Day by the government in 1961 after The Children’s Welfare law was written into the constitution. It was thought of as a movement to respect children and look after their wellbeing. It wasn’t until the 1970s that the day became thought of as a public holiday and a nationwide time for celebration. It also serves as a day to honor adults who have dedicated their time to improving the lives of children in Korea. 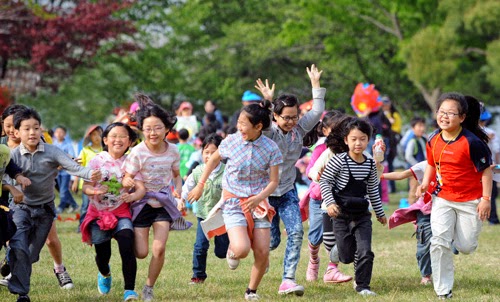 Dr. Bang is the man who originally proposed the idea of having a holiday dedicated to children. He was a writer in the 1920s and was also responsible for pioneering studies about ways to intervene and help children in need. During the 1920s he started an organization called “Saek Dong Hoi” with his friends to contribute to his cause. He believed having a day dedicated to children could be used as a way to instill a sense of independence and national pride in children. It could also be used to highlight the dignity of children and show adults their need for care and respect.

Today, each year on May 5th, parents across South Korea will shower their children will gifts and attention to show them how loved and special they are. It is not uncommon for children to be taken to museums, movie theaters, zoos, parks and other places that children would choose to go to as a treat. Various towns and cities across South Korea will also host fun events for children and their families to partake in on this exciting day.

To find the book series that inspires these stories, click here
Posted by Fujimini Island at 1:24 PM