Here are some interesting Chinese New Year Facts which were chosen and researched by kids especially for kids.

This new year celebration is also called Lunar New Year and celebrated also as Spring Festival. It is celebrated in January or February in many countries around the world.

This year, the first month of the new lunar year starts according to the Chinese calendar on February 5, 2019.
via GIPHY

Many countries celebrate the new year according to the Chinese Calendar and not only to our calendar which is the Gregorian calendar starting on the 1st of January.
Lunar New Year is an important public holiday for many countries including China, South Korea, Vietnam, Singapore, Malaysia, Indonesia and Taiwan. In many countries, Chinese communities celebrate in the city's 'Chinatown' districts.
This important date on the Chinese calendar has been celebrated for many centuries. During the festivities ancestors are honoured and traditional ceremonies are held where people get together and welcome the new year with customs that shall bring good luck, good fortune, wealth, prosperity and happiness. 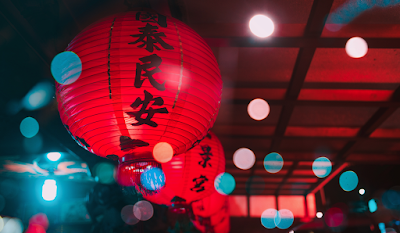 The spring festival festivities for the new year take 15 days in most countries. The new year is often celebrated with dragon dances, lion dances, gift exchanging and fireworks. It ends typically with lantern festivals on the 15th day of the first calendar month. See below an image from the Pingxi Sky Festival which is celebrated in Taiwan every year to end the new year's festivities.
The Chinese calendar is about one month behind our (so called Gregorian) calendar as it has between 30 and 50 more days per year. And the Chinese zodiac calendar has a cycle of 12 years. The calendar was started on astronomical observations of the moon's phases.
Each year a Chinese zodiac animal is the symbol for the year.
The 12 Chinese zodiac animals are: rat, ox, tiger, rabbit, dragon, snake, horse, goat, monkey, rooster, dog, and pig.
Look again at the listing of animals! They always come in the same order, so 2018 was the year of the dog, 2019 is the year of the pig and 2020 will be the year of the rat. Which year will it be in 2021? (We share the answer at the bottom of the page under 'Resources') 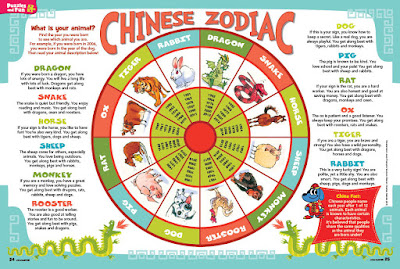 People wish each other good luck, happiness and wealth for the new year. The words used most in good wishes are: happiness, wealth, prosperity, prosperous, auspicious
'Gong Xi Fa Cai' means 'Have a prosperous new year'
Most common are the Mandarin words: Gong Xi Fa Cai (try to pronounce it as Gong-she-faa-tsai) and the Cantonese: Gong Hey Fat Choy (pronounce it as: Gong Hee Faat Choy). Both wishes mean: Wishing you a prosperous new year.
People eat ‘auspicious food’ during the new year period. For many, this means fish dishes. A fish is a symbol of good luck, wealth and healthy life.
Dumplings are traditionally eaten during the festivities. These little round rice flour balls are often filled with vegetables. Mandarin oranges, dried fruit and even sweets are seen as lucky food. Candy boxes and little round shaped biscuits symbolising gold or fortune are served everywhere.
And make sure your plate is never empty, as this would be seen as your luck has run out. Food is often prepared up to a week before, so one must not use a knife or fire for cooking on New Years day, as cutting with a knife for many would symbolise ill luck.
A popular food are long noodles that symbolise good fortune as well as a long life.
A typical new year's dish is Yusheng. This raw fish salad with rice or long noodles is eaten during by many during the festive period.
Many eat Yusheng on the seventh day of the new year. The dish is a symbol for wealth and longevity, this fish salad is usually served in a huge dish in the middle of a table, where family members and friends toss the noodles in the big bowl together and then eat. 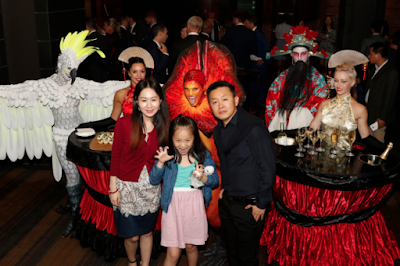 Dragon dances and lion dance festivals will usher in the new year in many cities. Some families may even invite a dance troupe into their homes as well.
Firecrackers are lit as these shall bring good luck and fortune. However, due to security reasons, firecrackers are banned in many areas nowadays and official fireworks displays are held instead.
On the second day of the new year, families will visit each other and hand over little gifts. And sometimes the family dog gets a gift too!
Gifts are handed money or little tokens in red packets or envelopes as these symbolise prosperity and happiness. Married family members hand red envelopes (called hongbaoin Mandarin) with money to others to show their goodwill and give blessings for the new year to the other family members.
Children sometimes get oranges, sweets or coins. Always make sure to give an even number of gifts or in the amount of money. So always at least two mandarins, two packets or two coins. And the number eight is considered an especially lucky or auspicious number.
The bright colours and especially red colours are seen as a lucky symbol. Red decorations, lanterns and colourful symbols can be seen everywhere. These shall attract luck and prosperity for the year to come.
Many people dress mainly in red coloured clothing for the festivities. Often people also buy new clothes to show that a fresh beginning is celebrated with the new year. In the Mandarin language, the word for ‘red’ has the same sound as the word for ‘prosperous’.
There are some rules when observing Chinese New Year. For example, scissors and brooms are banned to stay in the cupboards on the first day of Lunar New Year. These tools are considered to create bad luck for the year to come and brush away the good luck. So better keep them out of sight and out of action on this day!
The Chinese distinguish between five types of each animal species in their zodiac according to the elements: fire, earth, metal, wood and water.


People are assigned a zodiac sign according to their year of their birth. And zodiac signs are said to show certain characteristics. 'Pig' characteristics would apply then for people born in the 'year of the pig': These people are considered as energetic, enthusiastic, tolerant and hard working but sometimes a bit overconfident and very busy.