Remember These Classic Fairy Tales Your Kids Will Love

Reading is a great way for kids to learn new words, enjoy themselves, and get their creative sparks flowing. It's important to get your kids interested in reading as soon as possible. One of the best ways to do this is to start reading to your kids early on. Thankfully, there is a huge amount of children's literature to choose from.

However, why not go old school instead? Yes, although the classic fairy tales might seem a little dated at times, they still have that magic that modern children books seem to lack. Here are 10 of the best fairy tales to entertain your kids.

The German fairytale, Rapunzel, was first published in 1812 as part of the legendary Brothers Grimm Children's Household Tales. However, the story actually goes further back, with the German Rapunzel an adaptation of an earlier story by Friedrich Schulz in 1790, with the Schulz story influenced by an even earlier tale published in 1634.

The plot focusses on the usual trope of a young girl trapped in a tower, needing someone to rescue her. However, this time the girl isn't saved at all, and instead it ends with her saving a prince from blindness. The book also has one of the most famous fairy tale lines of all time: "Rapunzel Rapunzel, let down your hair".

GOLDILOCKS AND THE THREE BEARS

Goldilocks and the Three Bears is probably one of the most famous fairy tales in the world and even has the ability to creep out adults too. The story first came from 19th-century Britain, where three versions were originally said to exist. However, the most common plot is that of a young girl (Goldilocks) who breaks into an empty house, sits in the owner's chairs, eats their porridge, and sleeps in their beds.

Although Goldilocks isn't aware of it, the owners of the house are actually three bears, Papa bear, Mama bear, and Baby bear, who return home to find Goldilocks fast asleep.


Little Red Riding Hood is probably one of the most famous fairy tales in the world and has the ability to frighten both children and adults. The tale was first published in Europe and can be traced all the way back to the 10th century. However, the plot that we know and love today centers around a young girl named Little Red Riding Hood.

The girl is named after the red hooded cloak that she wears while walking in the woods on the way to her grandmothers. However, things take a turn for the worse when Little Red Riding Hood is accosted by a Big Bad Wolf, who attempts to eat her for himself. Yes, it might be a little scary, but it's such a classic that it deserves a place on this list. 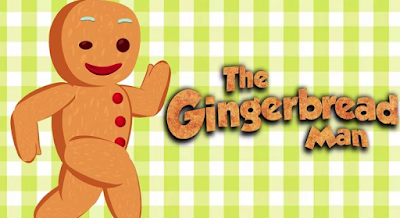 The Gingerbread Man, otherwise known as The Gingerbread Boy, first appeared in print in 1875 and has been a popular fairy tale ever since. The plot focusses on the escape of a gingerbread man, who jumps off a baking tray minutes before being put into the oven. 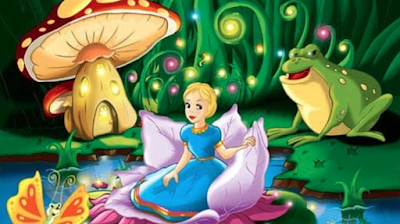 Thumbelina was written by legendary fairytale author Hans Christian Andersen and published in 1835. The story focusses on a tiny girl named Thumbelina who goes about her life avoiding marriage proposals from toads, moles and a variety of other small animals. Eventually, she meets someone of her own size and ends up falling in love.

At the time, Andersen's fairytales were hugely disliked, with critics claiming that they were too informal and lacked morals. However, nearly 200 years later, and the same fairytales are still being read to children every night, all over the world. Take that, critics!

Posted by Fujimini Island at 5:06 PM