Year of the Dragon Symbolizes Courage, Hope for Koreans 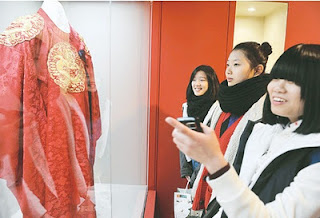 Similarly to the Chinese, the Koreans view the Dragon as a symbol of courage and hope. During the time of the Joseon Kingdom the dragon was Dragon was a sign of authority and dignity within the royal family. Within the palace the dragon was the emblem of the king. He also wore royal robes with dragon designs on them. For commoners, it was believed that having symbols of the Dragon within one's home protected them from misfortune.