Forbes to Disney: How to Make Star Wars Awesome Again 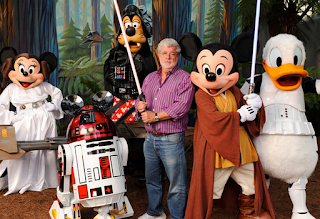 Due to George Lucas' recent sale of LucasFilms to Disney, including the rights to Star Wars, fans can expect a whole new trilogy on the way by 2015. For some, this is fantastic news but others have their doubts. Some feel that the series has ended on a good note and Disney is going to "mess it up". So how should Disney go about making these next three Star Wars episodes in order to continue on Star Wars' legacy and not ruin it?

Forbes believes in order for the the upcoming trilogy not to be a flop, Joss Whedon should be put on for writing and directing. Thanks to Whedon's fantastic directing and writing, The Avengers was on of the best super hero movies to hit the theaters in years. Hopefully Whedon's talent for weaving together action and humor and his admirable ability to make the audience truly care about the characters, captures Disney's attention when selecting a director for Star Wars. 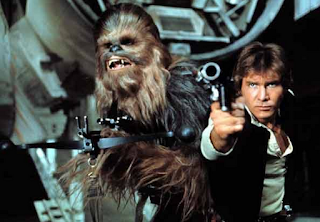 Forbes' next piece of advice -- bring in Pixar. The people at Pixar are very creative and have a tremendous talent for storytelling. Pixar director Andrew Stanton and others would be very beneficial additions to the film project. Plus, the combination of Pixar and Whedon would promise some truly incredible results.

The next important tip to make Star Wars a big hit instead of a big disappointment -- build it around the characters, not the events. One of the problems that was evident in the prequel series was the lack of development of the characters or their relationships with the other characters. For the audience to care about the characters, they need to be able to relate to them or understand them. Imagine if in the prequel series they had built up the friendship between Anakin and Obi Wan, going deeper and more emotional- it would have made the betrayal so much more significant. Anakin's transition to the dark side was confusing, it would have been better to have gone deeper into his emotions to show his slow deterioration into Darth Vader.

Forbes also stresses the importance of hiring talented actors, not just people for their big names. The brand is already widespread and major, so having star power for the sake of it is unnecessary. Bringing back some of the old cast would also be a nice touch. For example, bringing back Luke Skywalker and other characters from the original series, but in their sixties or seventies. Due to the span of time that has passed since the original Star Wars, this would be realistic option given that by now that would be the actual age of the original actors. One of fans' biggest fears, and what would be the biggest mistake by Disney, would be to bring back the same characters, but played by new actors.
Posted by Fujimini Island at 4:12 PM