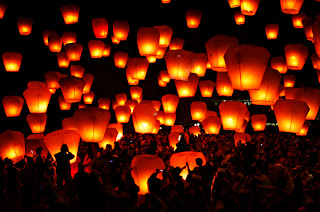 Last night, excitement buzzed throughout the United States as 40.3 million people tuned in to watch Seth MacFarlane host the Oscars, but in China people were celebrating for a completely different reason.

Last night marked the fifteenth night of the lunar New Year, where the Chinese celebrate the closing of the national holiday with a festival known as the Lantern Festival. Not to be confused with the Mid-Autumn Festival which is also referred to as the Lantern Festival, the official name for this much looked forward to holiday is the Shangyuan Festival. This festival, rich with culture and history, is observed by the Chinese as well as the Vietnamese. The Lantern Festival's purpose is to not only end the holiday in a big way, but also to signify the beginning of the new year, in this case the Year of the Water Snake. 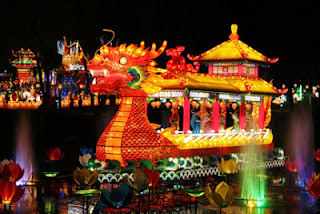 The purpose of this day is to relax, enjoy oneself, and have fun with friends and family while ringing in the new year. On the night of the festival, beautifully and traditionally crafted lanterns, created to symbolize the 12 creatures of the Chinese Zodiac, are released into the sky- making for a breath taking sight. Firecrackers and fireworks are lit and people dance in the street beneath the hundreds of floating lanterns.

The traditional food of this holiday is a glutinous rice ball, known as Yuanxiao. It is a sweet dumpling made with a sticky rice flour and filled with sweet stuffing. The legend behind the food is that is named after a maid of Emperor Wu Di, who reined during the Han Dynasty. It is meant to symbolize family unity, happiness, and completeness. 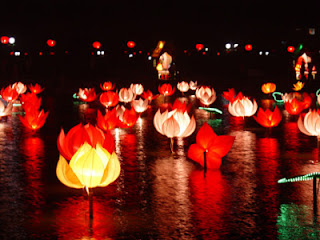 While the Oscars boasts celebrating its 85th anniversary, the Lantern Festival has been a tradition throughout China since the Han Dynasty, in 206 BC!


For more on Asian culture and popular holidays like Chinese New Year and Lunar New Year, please visit Fujimini Island on Facebook and Twitter.
Posted by Fujimini Island at 5:33 PM