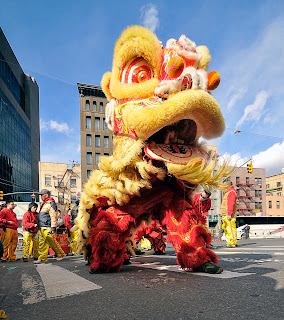 One of the most important, culturally significant holidays in China is rapidly approaching. On February 10th Chinese people across the country will begin to celebrate the Lunar New Year.

In addition to being one of the most significant, the fifteen day event stands as the longest holiday in China-but where did it all begin?

We were surprised to find out the event of the year that is so celebrated and looked forward to originally began out of fear! Legends of the origins of the Chinese New Year tell a story of a mythical lion-like monster named Nian (which is also the Chinese word for year!), who preyed on the people of the villages. 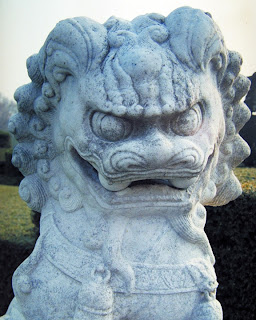 The terrified villagers sought the advice of a wise old man who told them that in order to rid of this monster they needed to use firecrackers and drums to make loud noises, scaring Nian away. The wise old man also claimed that Nian feared the color red, so the villagers could ward him off by hanging red paper cut outs and scrolls on their doors. The villagers took the advice and soon enough they were free from Nian's terror. This freedom is recognized as the "passing of the Nian", referred to in Chinese as guo inane.

The Chinese New Year, also known as the Spring Festival, is also closely tied to the spring season. It is a time for celebrating the end of the winter season and welcoming spring.
Posted by Fujimini Island at 9:26 PM