In 2018 we spent an entire blog series explaining why video games are actually good for our kids.  So, with that, we decided to go a step further and actually recommend our 2019 favorite.  Enjoy! 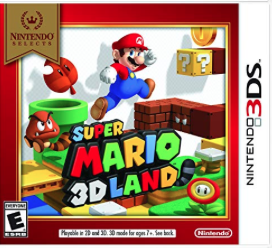 Affordable, easy to play and lighthearted, Super Mario 3D Land takes the cake for the best 3DS game overall. The platformer game combines the side-scrolling 2D Mario games with a modern free-roaming 3D game with various power-ups, big beautiful levels to play in, plus fun and varied gameplay mechanics.
Super Mario 3D Land features bright colorful worlds where players control Mario who can dash, barrel roll, ground pound, leap, climb and race against a time limit. The game is loaded with various items from previous Mario games such as the leaf power from Super Mario Bros. 3 that gives Mario a raccoon outfit that allows him to float in the air and attack with his tail — players can even save an extra power up to use later. A few other power-ups give players a different way of gameplay that helps them complete levels and overcome enemies and bosses, so they can save Princess Peach from Bowser. 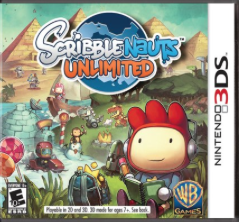 With gameplay that allows open-world exploration of more than 41 levels, Scribblenauts Unlimited is a longtime staple on the Nintendo 3DS and one of the best puzzle games for any platform. There's no mission to rescue a princess in this portable puzzle adventure, instead, players will be focused using the in-game notepad to complete tasks, puzzles, and challenges.
When it's time to take a break from mindless action games or shooting down hordes of zombies, Scribblenauts demands players use their minds and imaginations to solve puzzles by summoning any object that might help. It’s an incredibly novel approach and one that works fantastically well and incorporates Nintendo's 3DS Street Pass functionality to play online and see how players around the world have solved the same puzzle. Throw in an object editor and the possibilities — as you play and later replay — are nearly unlimited. On top of incredible gameplay, the cartoon-like visual experience of Scribblenauts leaves you wondering how the game developers managed something so great on a gaming system so small. 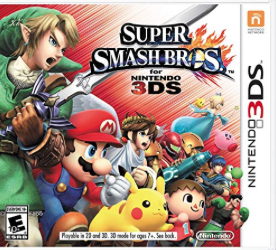 Super Smash Bros. comes to the Nintendo 3DS as the best fighting game on the platform, allowing players to play and fight as their favorite video game characters (Mario, Sonic, Mega Man and Pac-Man). The multiplayer fighting game has players duke it out with various attacks and techniques to deal damage to their opponents, so they can knock them out of the area for a KO.
The huge 58-character roster (including downloadable content) gives Super Smash Bros. one of the biggest fighting games available in existence where you can play as Ryu from Street Fighter II and Cloud Strife from Final Fantasy 7. Super Smash Bros. has multiple modes from a solo challenge campaign where players fight AI opponents to an online multiplayer versus mode for friends or anyone around the world. Aside from it’s fighting modes, the game is loaded with items such as trophies, music records, replay videos and photo albums of players’ most epic battle moments. 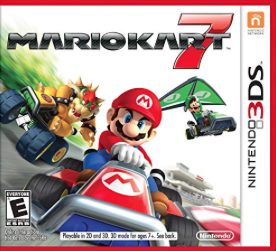 The best racing game on the list goes to Mario Kart 7, where players race against 17 different Mario characters on wild tracks and build unique karts, each with their own unique attributes. The game allows for wireless multiplayer matches in the same room or over the Internet with a broadband connection.
In Mario Kart 7, players choose their own unique vehicle kart and customize it with accessories that give it a competitive advantage (for example, big tires will help with off-roading). There are eight different cups with 32 courses, including tracks from previous Mario Kart games from past Nintendo systems (SNES, N64, Gameboy Advance, Wii, and DS). The game also changes the dynamic of racing by throwing players over big jumps and having them use parasails to glide. There are also underwater portions of tracks where players utilize a propeller to steer and get ahead. 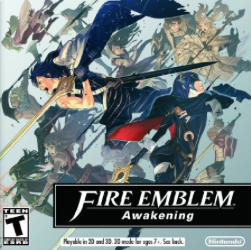 Fire Emblem: Awakening is a tactical, turn-based, role-playing video game where players control a party of characters on a top screen tile-based map and strategically overcome enemy forces and earn experience points. The game features an optional classic mode where characters who die in battle are permanently dead for the entire game, giving a sense of reality and weight to each in-game decision made (casual mode disables this, and characters who die are restored after the battle).
Fire Emblem: Awakening starts players off by choosing their avatar’s gender, hair color, feature types, voice and class system to give players a sense of ownership and self with their main character. Multiple difficulty modes range from "Normal" to "Lunatic," giving new players a chance to figure out gameplay and tactics while more experienced players get a thorough and tough challenge. In-game characters have a chance to work together, creating relationships (and sometimes not) and boosting morale for better attacks and defenses — the game not only forces players to figure out strategies in war but also in love.
Posted by Fujimini Island at 7:44 PM