Family Night: The Best Family Board Games to start 2019

Is one of your family's New Year's resolutions to spend more time together?  Great idea!  Also, maybe one of your personal hopes is to get their smart phones out of your kids' hands (even just for a minute) But what do we do?  Well, a friendly suggestion is "Family Game Night."  It gets bold of your goals and it's a heck of a lot of fun!

Here are some suggestions.  Some new games, some classics with a 2019 twist! 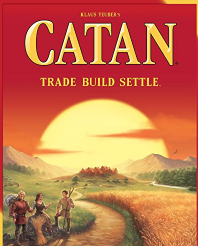 If you regularly have family game nights, you should definitely add Catan into your arsenal of party games. This adventure-based game is perfect for three or four players over the age of eight, who will all battle to collect resources and build settlements on the island of Catan.
The Catan board game comes with 19 hexagon tiles that make up the playing board. These tiles are arranged randomly at the beginning of each game, so no two games are ever the same! At the start, each player gets color-coded settlement, road and city pieces, and the overall goal is to collect resource cards to build structures around the island. Players earn “victory points” as they build various structures, and the first player to 10 points wins!
The premise of the game is relatively straightforward, but there are a lot of rules and obstacles that make the game fun — players can trade resource cards, sabotage each other with the robber game piece and more as they race to become the conqueror of Catan. 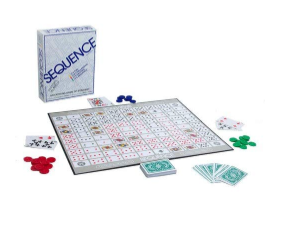 You may not have heard of the Sequence Game before, but this card-based strategy game is sure to become a family favorite. This board game is easy enough for kids to learn and tricky enough to keep adults on their toes, and people love it so much that it has more than 1,400 5-star reviews on Amazon!
You can play the Sequence Game individually or in teams — the game is recommended for kids ages seven and up, but many reviewers say younger children enjoy playing when paired with an adult. Here’s how it works: Each player or team gets a hand of standard playing cards, and during each turn, they put down one card and cover the corresponding spot on the game board with a chip. The objective is to get five chips in a row, and each round usually takes 10 to 30 minutes.
The Sequence Game is a great family board game, as it’s easy to learn, inclusive for all ages, and endlessly fun. This board game requires a combination of strategy and luck, and your family is sure to get increasingly competitive the more you play! 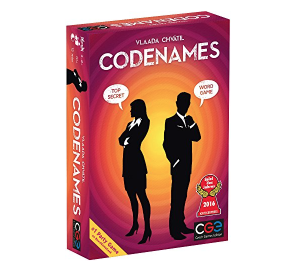 For a fast-paced team game, check out Codenames. The premise of this board game is to guess the identity of “secret agents” with help from your team’s spymaster, and the word play will keep both kids and adults challenged and entertained through multiple rounds.
You can play Codenames with four or more people broken up into two teams. There are 25 cards on the table, each representing the two team’s secret agents; however, only each team’s spymaster knows which cards are which. During gameplay, the spymaster gives one-word clues to their team, helping them pick the right “agents” and avoid the other team’s cards. For instance, if the secret agent’s card reads “dog,” the spymaster might give the clue “pets.”
Gameplay typically moves quickly, finishing in around 15 minutes. This fast pace lets you switch up teams or demand a rematch — which might be necessary if things get competitive. 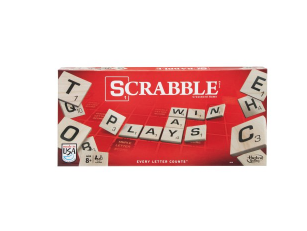 Scrabble reigns as one of the best word-based board games. This highly-rated classic can get pretty competitive with seasoned players, but it’s also a lot of fun with children who are learning to spell and working on their vocabulary.
This family game is designed for players eight and up, and there can be two to four players per round. However, don’t be afraid to team up, especially if you’re playing with younger kids! Scrabble comes with a game board, 100 wooden letter tiles, 4 tile racks, 1 drawstring letter bag, and game guide. To start the game, each player draws a certain number of tiles, and then players take turns creating words on the board, building off existing words and earning points for each letter. You can increase your points by landing on designated spaces for double or triple word or letter scores.
Scrabble has been around for many years, and it’s sure to be popular for many more, thanks to its simple, yet addicting gameplay. This board game is exciting for players of all ages, making it a must-have for your family’s game collection.

Posted by Fujimini Island at 2:06 PM