Get Ready! Here are the Best Family Movies on Netflix in April

This April, as you scroll through Netflix's Children and Family section, and become suspicious of the sea of bright colors and flashing lights, you're probably starting to wonder how many of these flicks are actually good. If already know the difference between a film that will (hopefully) inspire their young mind and one that simply numbs it, you've come to the right place. We've found the films meant for some quality TV time with your relatives, with many of them good enough for both of you to find something to enjoy. 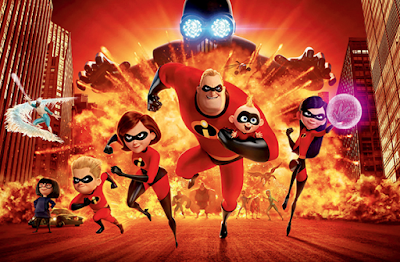 The Incredibles was such an instant classic that many were worried that even an OK sequel would tarnish its legacy. Fortunately, this sequel packs enough pizzazz and heart to sit side-by-side with its predecessor. Vibrating with a wonderful jazzy soundtrack and inventive visuals, The Incredibles 2 is a joy to watch. Story-wise, everybody's favorite super-powered family is back, and dealing with the immediate aftermath of the original film: a society that wants to ban their abilities. Scenes featuring Bob (voiced by Craig T. Nelson) dealing with the uber-powered Jack Jack steal the show, and function as fantastic centerpieces. 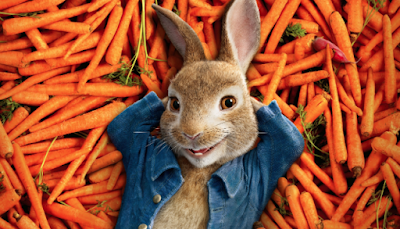 This refreshing adaptation of Beatrix Potter's novels revive Peter Rabbit for the younger set, by injecting the character with a bit of mischief. Yes, while that decision upset those tied to Potter's original work, the film doesn't come across as mean or insincere.  A couple of warnings, though: a human character dies relatively early, so this might not be a perfect movie for the super-young set. Also a minor ruckus was raised over a scene where a child allergic to blueberries was pelted by blueberries, which forced him to use his Epipen. 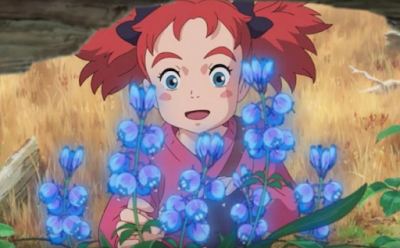 Mary and the Witch's Flower

If you're looking for a new twist on solid tropes, check out this film from Academy Award nominee Hiromasa Yonebayashi, whose credits include Studio Ghibli masterpieces Spirited Away, Howl's Moving Castle, and Ponyo. This animated film centers around a young girl named Mary who finds herself surrounded by the utterly fantastic: a magic flower that grants magical powers, a broomstick that she flies above the clouds, and the magic university of Endor College (no, there aren't any Ewoks). Features voice acting by Kate Winslet and Jim Broadbent.

A Wrinkle in Time

Ava Duvernay's adaptation of the Madeleine L'Engle classic may have rubbed some critics the wrong way, but most agree that this is a great flick for kids. As long as you watch the film with a child-like sense of awe and wonder, so you can enjoy the movie's gorgeous special effects and not blanche at its wholesome demeanor. Its focus, a depressed 13-year-old named Meg — whose misery is linked to her dad's mysterious disappearance — who goes on a mystical journal that will answer her biggest questions.
Posted by Fujimini Island at 8:30 AM