Falling in Love with Chinese Valentine's on August 23 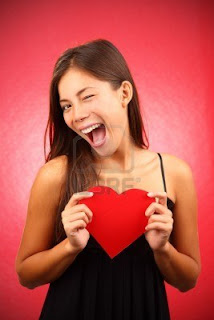 Just as in America there is Valentine's Day, the Chinese also have a day dedicated to love and romance. The Chinese Valentine's Day, referred to as Qi Qiao Jie or the Seventh Eve, occurs on the seventh day of the seventh month of the Chinese lunar calendar.
Although, there is not the typical exchange of flowers and chocolates that is associated with the American version of Valentine's Day, there are still many romantic customs and gestures associated with this day.
To learn more about the themes of Asian culture and diversity, please visit Fujimini Island, find Fujimini Island on Facebook, follow Fujimini Island on Twitter.
In the past, colorful "shrines" made of paper, fresh fruit, and flowers are put up in as a tribute to the first two lovers of Qi Qiao Jie. There are two legends which surround the origins of Chinese Valentine's Day. Both involve the position of the stars on the seventh day of the seventh month in the Chinese lunar calendar, which falls on August 23 this year.
On Chinese Valentine's Day, many lovers lie together and gaze at the star Vega, east of the Milky Way, a tradition that comes from one of the legends that created Qiao Jie.
We produce and create Asian centric stories to blend society of the East with the West. To learn more about Asian themes, please visit ONCEKids Publishing.
The legend says that Niu Lang and Zhi Nu were fairies that lived on opposite sides of the Milky Way. They were quite lonely and the Jade Emperor of Heaven felt sorry for them, so he attempted to bring them together. Nui Lang and Zhi Nu became so love sick for one another that they spent every moment together and began to neglect their work. The Jade Emperor became annoyed at this, so he made a new law that the couple could only be together for one day of the year- the seventh night of the seventh moon. 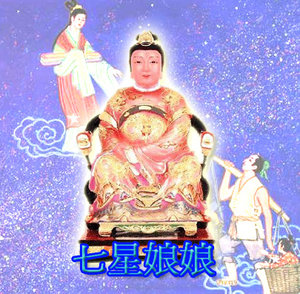 To learn more about this article and Eileen Wacker's acclaimed book series, visit ONCEKids, ONCEKids on Facebook,  ONCEKids on Twitter.
The second legend says that the seven daughters of the Goddess of Heaven caught the eye of a Cowherd during a visit to earth. The most beautiful daughter, the seventh born, caught the eye of the Cowherd, Niu Lang. Niu Lang decided to have a bit of fun by running off with the sisters' clothing. The seventh daughter took it upon herself to ask for their clothing back. After, Niu Lang and the daughter, Zhi Nu, were married. The couple lived happily for several years, but eventually the Goddess of Heaven missed her daughter and demanded she return to heaven. Despite her demand of a return, she took pity on the heart broken couple, and allowed them to be reunited once a year, the seventh night of the seventh moon.
Posted by Fujimini Island at 12:25 PM