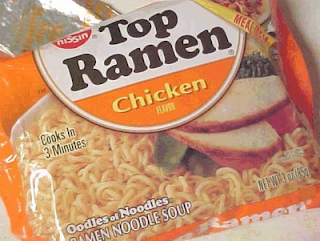 Everyone is familiar with Maruchan Instant Ramen Noodles, especially college students, but not everyone knows about traditional ramen or the significance it has to Japanese culture.

Ramen is a traditional Japanese noodle dish. Consisting of Chinese-style wheat noodles, it is often flavored with soy sauce in a fish flavored broth. Pork is a popular topping for the dish, but other toppings can be used as well. Almost every different area in Japan has a variation of ramen, for example Kyushu's tonkotsu, or pork bone broth.

Although ramen's significance lies in the Japanese culture, its origin is in China. Throughout the 1900s the popularity of ramen increased, but it was still a dish considered to be reserved for a special occasion. 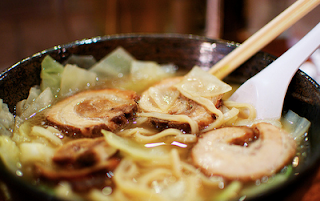 We produce and create Asian centric stories to blend society of the East with the West. To learn more about Asian themes, please visit ONCEKids Publishing.

Until 1958 when Momofuku Ando invented a dish dubbed the "greatest Japanese invention of the 20th century." This invention was instant ramen noodles.

The founder and chairman of Nissin Foods invented a way to make ramen noodles by simply adding hot water. This invention is still incredibly popular today, consumed by people all over the world. A ramen museum was even been opened in Yokohama in 1994.

Posted by Fujimini Island at 3:32 PM