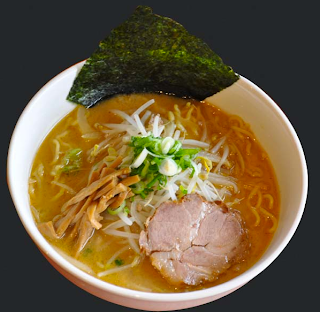 The first of the five is Sapporo, the capital of Hokkaido, has become very famous for ramen. They are most well known for the variation of Miso ramen, which was also where it was invented. Sapporo miso ramen differs from other miso ramen with its additions of local seafood such as squid and scallop, as well as sweetcorn, butter, finely chopped pork, garlic, and bean sprouts. Other cities in Hokkaido are known for ramen as well, such as Hakodate - famous for their salt ramen- and Asahikawa, who prefers soy sauce flavored ramen dishes.

Kitakata of northern Honshu is known more for their unique noodles rather than their flavors. In Kitakata, you'll most likely be served ramen with thick, flat noodles in a pork-niboshi broth. Ramen is so prominent in this area that it has become the highest per-capita in ramen establishments. They even refer to ramen as soba, rather than actual soba- which they refer to as "Japanese soba". 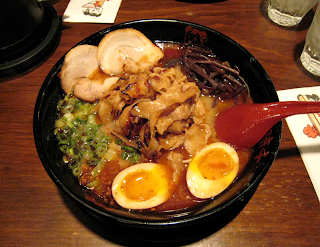 Tokyo's ramen differs in choice of noodle as well as broth. If you were to eat ramen "Tokyo style" you would be served a dish with thin, curly noodles in a chicken broth with a hint of soy. Their broth is unique due to the addition of a splash of dashi. Toppings can include chopped scallion, sliced pork, egg, nori, spinach, and menma. The three main areas of Tokyo famous for their ramen are Ogikubo, Ebisu, and Ikebukuro.

In Yokohama, it is tradition for customers to call the shots. During preparation customers are given the choice of the softness of the noodles, the amount of oil they want to have put in, and the richness of the broth. Their ramen specialty is referred to as le-kei. Similar to tonkotsu, le-kei consists of thick, straight noodles in soy flavored pork broth. Toppings include pork, spinach, shredded onion, and a soft or hard boiled egg.

We produce and create Asian centric stories to blend society of the East with the West. To learn more about Asian themes, please visit ONCEKids Publishing.

Rich, milky, pork-bone broth and thin, straight noodles make up Hakata ramen of the Hakata district of Fukuoka City located in Kyushu. A unique feature of Hakata ramen is that the toppings are often left on the table for the customers to pick and choose. Customers are left a variety of toppings to choose from such as pickled ginger, crushed garlic, sesame seeds, and pickled mustard greens.
Posted by Fujimini Island at 3:13 PM