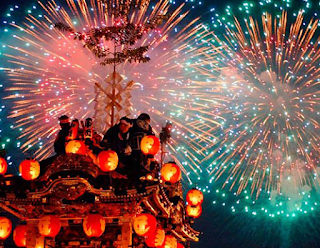 Everybody at ONCEKids wants to wish you a happy and healthy new year! It has been a very busy time in Japan as the people welcome the New Year with many traditions and celebrations rich in Japanese culture.

The festivities begin December 31st, also known as Omisoka. A special selection of dishes are reserved for this celebratory time of year. Mashed sweet potatoes, boiled seaweed, fish cakes, and sweetened black soybeans can all be found being prepared in the kitchen of Japanese homes during this time.

Traditional foods continue to be prepared and eaten throughout the week, even with a seven-herb rice soup being prepared on the seventh day to allow the stomach to rest. The traditional New Year's foods date back to time where there was no refrigerators so most of the foods are dried, sour, or sweet to prevent spoiling while stores were closed for the holiday season. Other foods commonly consumed for New Years are sashimi and sushi. Soup with mochi rice cake is another very popular dish but the ingredients differ throughout the various regions of Japan. 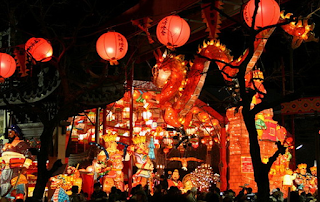 Other methods Japanese people like to use to ring in the New Year include bell ringing and sending postcards. Beginning on December 31st, the ringing of bells can be heard coming from Buddhist temples all over Japan. The temples ring their bells a total of 108 times to symbolize the 108 human sins of Buddhist tradition. They felt that the ringing of the bells would rid of the 108 worldly desires of the Japanese people. Once the bells have been rung the sins of the previous year are eliminated with the welcoming of the next year. The gesture of sending postcards to friends and family is custom for this celebration as well. The handwritten postcards are timed so they will arrive specifically on January 1st. Similarly to the Western custom of sending cards for Christmas, the Japanese send postcards for New Years to wish friends and family a happy and fulfilling year.

Entertainment such as games and television specials are found at family gatherings and parties, as well as the reading of various Japanese poems. Poetry such as haiku and renga is read by people to family and friends to welcome and celebrate that special time of year.
Posted by Fujimini Island at 1:51 PM