Saint Patrick's Day- Is It Really Just For the Irish? 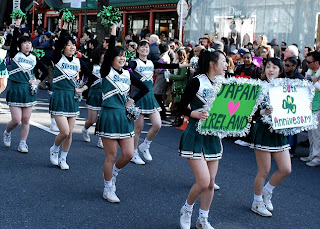 Even though St. Patrick's day is known as the holiday for the Irish, Ireland isn't the only cool place to be this March 17th. Much to one's surprise, serval different countries in Asia know how to kick up their heels and celebrate Irish history.
A lot of green can be seen throughout Seoul, South Korea on this day. St. Patrick's day has been celebrated by the Irish Association of Korea since 2001. Since this place just loves an excuse to party, St. Patrick's day is no exception. Parades throughout the city have attendance numbers around 15,000 people- so if you're there you can expect plenty of folk dancing, singing, bands, and of course plenty of beer. 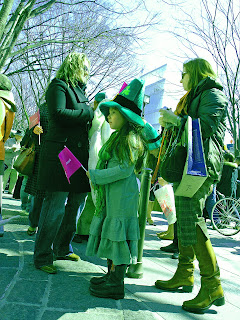 Plenty of St. Patrick's day celebrations make it to Singapore as well. Due to the large connection to British isles they also have a St. Patrick's Society. One of the most looked forward to events of the year is the annual St. Patrick's Day Ball, held on March 16th followed by the St. Patrick's Day Parade. People in Singapore really know how to keep a party going, even continuing the holiday celebrations through the 18th! On the 18th the parades and ball combine to form one giant street party, gathering outside the local Irish pubs.
The cultural festivities have even spread to Tokyo, Japan- who has embraced the Celtic holiday for many years now. This year over 30,000 are expected to gather in the streets along with beer and green as far as the eye can see!