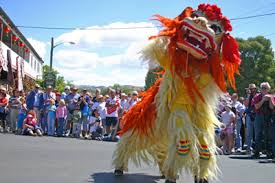 In the west, when one is asked to list traditions that follow the beloved Easter holiday, symbols like eggs, chocolate, and the Easter bunny often come to mind. But if you were to ask Christians in Asian countries including South Korea, Japan, and Hong Kong, they would lack any understanding of such traditions.

It is an interesting concept that Christmas receives such attention yet Easter almost none- this is most likely due to the heavily commercialized aspects of Christmas, where media coverage of the Easter season is limited to department stores advertising new clothes and candy stores selling chocolate eggs. Despite half the population being Christian in South Korea, you would still be hard pressed to find any kind of tribute to Easter when walking the streets of the towns and cities. 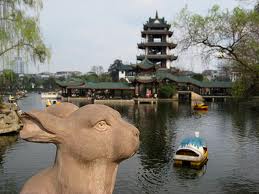 However, take a trip down to China and it will be a completely different story. The passing of Spring is a time that holds a tremendous amount of significance to the Chinese, and Easter falls during this time- thus making it of importance to their culture.

The three symbols associated with Easter in the west are also found in Chinese Easter traditions, the egg, the rabbit, and the baby chick. Painting and decorating eggs is a big part of the western celebration of Easter that is also found in China around this time of year. It is considered to be an art form and is taken quite seriously. 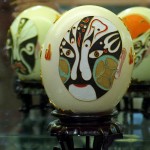 The eggs are first drained in preparation to be painted, then images of women, scenes, and other beautiful images are carefully drawn on. It is also custom to use jade and wood to carve a dragon's egg, which is then given to children to represent growth and change.