The Significance Behind Japanese Tea Ceremonies 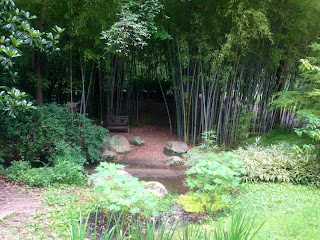 A few weeks ago, I indulged myself with a visit to the beautiful and impressive gardens of Duke University in Durham, North Carolina. Referred to as the "Crown Jewel of Duke University", this site featured acres and acres of breathtakingly stunning assortments of flowers, trees, fountains, statues, and ponds designed to perfection to represent gardens from around the world.

Without even a hint of exaggeration, these gardens were able to transport me to places far from North Carolina or anywhere I'd ever been before. And one of those places was Asia. One of the several gardens featured was an area dedicated to traditional Japanese and Chinese trees, flowers, and architecture. I was amazed by the little Japanese maples, the Japanese-style bridges, the Bamboo forest, and more. But what sparked the most curiosity, enough so that I felt the need to research it upon returning home, was the model of a traditional Japanese tea house. 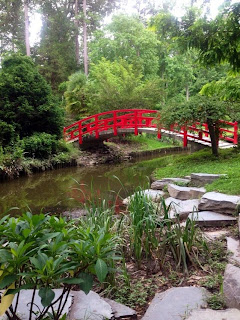 Hearing of these tea houses and even having an opportunity to visit one or two was not enough to satisfy my growing curiosity, I wanted to know more of the deep rooted significance within the culture and the rich history behind these peaceful and aesthetically pleasing establishments.

During my research, I found that Japanese tea houses serve as structures specifically designed to hold their traditional tea ceremonies. The room within the structure is referred to as the chashitsu, which literally translates to "tea room".

A Japanese tea ceremony is a cultural ceremony involving the preparation and presentation of green tea, or chanoyu. The rigid and traditional steps involved in making and serving the tea are considered an art form, it's performance being called otemae.

The seriousness of the ceremony can vary from a simple welcoming of guests, a chakai, to a very formal gathering, a chaiji. A chakai is viewed as a sign of hospitality, that includes "thin tea", or usucha, followed by a small meal. Chaiji is much more formal and complex, lasting up to four hours. These presentations include a full course meal, followed by dessert and a selection of thin tea as well as thick tea, or koicha. 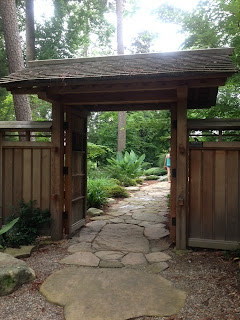 The powdered green tea was first seen being used in Buddhist rituals within the monasteries. By the 13th century, tea began to be viewed as a luxury and symbol of status among the warrior class. Over time, the ritual and steps associated with the preparation and consumption of tea developed into a very spiritually significant practice involving the sabis and wabis principles, sabi representing the material side of life, while wabi represented the inner experiences of humanity and spiritual life.