Is Thanksgiving Really Just For Americans? 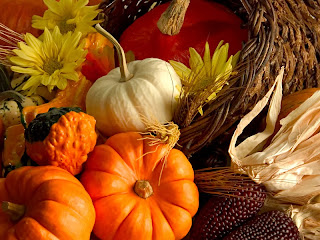 Thanksgiving, one of our most cherished holidays, has always been considered to be a uniquely American holiday. But several other countries, cultures, and religions have their ways of celebrating the season and giving thanks.

Take China, for example. Each year, the Chinese celebrate the harvest and give thanks to friends and family through their Moon Festival. Many traditional foods also circle around this holiday, but rather than the famous pie- the Chinese consume delicious round "moon cakes". These cakes are exchanged between family and friends as a token of appreciation and symbol of love. If you are looking for another way to express your love during this time, you're in luck! The 15th day of the 8th lunar month is also known as Women's Day. Sit beneath the moon with your significant other and enjoy the moon together, which the Chinese believe is the biggest and brightest on this day. 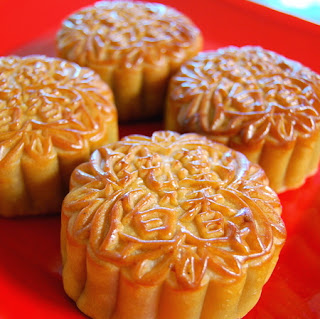 In Brazil, the Ambassador enjoyed his experience of a traditional American thanksgiving so much that he decided to bring the idea back to his home. It has become a day to expressed thanks and gratitude for friends and family through a giant  annual harvest.

Ancient Rome also historically had a fall celebration that closely resembles our Thanksgiving tradition. This festival, known as Cerelia, was celebrated in honor of the goddess of corn. It was custom that on this day, grains, fruits, and animals would be presented as a token of gratitude to the goddess. Then, friends and family would celebrate with music, dancing, and- of course- lots of food!

As we know, Korea is also no stranger to the thanksgiving tradition. Koreans have their own thanksgiving celebration, referred to as Chuseok. But instead of turkey and stuffing, this holiday calls for a dish known as Songpyon, made up of rice, beans, sesame seeds, and chestnuts. Friends and families gather together to eat, talk, and enjoy each other's company 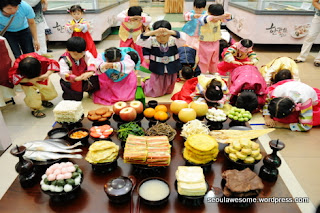 while also giving thanks to their ancestors.

So even if they don't exactly have a pumpkin pie, turkey, and plate of stuffing at their table, many other cultures have their own ways of giving thanks and appreciation among the people they care about- that aren't too different from ours after all!