Whether it is for her powerful vocals or questionable choice of attire (or lack there of), Miley Cyrus' "Wrecking Ball" seems like the most popular thing going in cyber space at the moment, but last night's results at YouTube's first award show proved otherwise!

Awards such as Eminem's Artist of the Year came as no surprise as the audience clapped loudly and showed their support, but when "Video of the Year" was given to Girls' Generation, many audience members reacted with surprise or even confusion.

This all-girls, K-pop group may not be as widespread in the U.S. as Justin Bieber or Lady GaGa, but in Asia it's a whole different story. 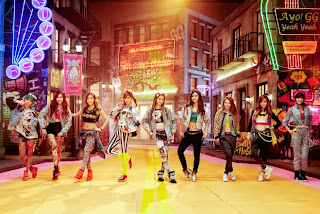 Often referred to as the Asian version of Spice Girls, this talented group sings, raps, has pop-like beats, and coordinated dance moves- a combination that has sent K-pop fans running wild. Fan hysteria has only increased since the release of their music video "I Got a Boy", which was the video nominated for YouTube's award ceremony.

In addition to their catchy lyrics and admirable dance moves, the nine-member group's style and glamor has also caught attention. Always featuring coordinated and stylish outfits, the girls are beginning to become fashion icons as well as pop icons. 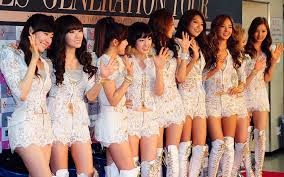 Although the wild fire of Girls' Generation hasn't quite spread to the United States, we can only expect its rapid arrival after winning "Video of the Year" at YouTube's first music awards. So get ready to start seeing a lot of these nine talented girls as they make their way overseas!

Click Below to View the Girls' Generation Music Video, "I Got A Boy", That Caught the Eye of Americans During the YouTube Music Awards:

Posted by Fujimini Island at 2:48 PM