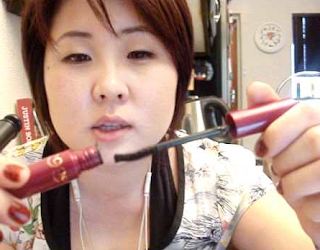 What products are hot now in Asia for beauty and appearance differs in many ways from what American women are adding to their carts at the local department store beauty aisles and drugstores.


To learn more about Asian themes, please visit Fujimini Island, find Fujimini Island on Facebook, follow Fujimini Island on Twitter.
One evident difference between what is trendy in Asia versus America is that skin-lightening cream is immensely popular among Asian women, while many Americans will do anything to darken their skin. In addition to the creams, beauty counters across Asia sell skin-lightening makeup, toners, masks, powders and more. These skin lightening products can be compared to what the United States would refer to as skin-brightening creams, for example Clinique's Even Better line.


To learn more about this article and Eileen Wacker's acclaimed book series,  visit ONCEKids, ONCEKids on Facebook,  ONCEKids on Twitter.
In Asia, a place where studies have shown the average woman has up to seven steps in her skin care routine, BB cream has become popular. Its popularity derives from the cream's purpose of providing a tinted moisturizer, sunscreen, foundation, and concealer all in one. This is so desirable to Asian women because it is a fairly unique and new concept and dramatically shortens their lengthy skin care routines. Well-known brands in America, such as Lancome, Estee Lauder, Clinique, and Maybelline, also feature products similar to BB cream.
Another product considered a must-have by Asian women is lengthening mascara. Although it is popular among American women, it is especially important to Asian women because of their heavier upper eyelid. Often times, the heavy upper lid makes the lashes appear shorter than they are because the eyelid hangs over the eyelashes, which partially hides them. These mascaras help to limit the shortening effects of the heavier lid by lengthening and volumizing lashes. One of the more popular brands of mascara is Fiberwig, which claims to protect lashes from oil, sweat, and humidity. It calls itself paint-on false lashes and is now available in the United States in Sephora.
Posted by Fujimini Island at 4:46 PM