Origins of Buddhism: India to China 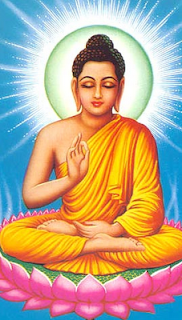 Without remembering our past, we can never clearly step forward while remaining on our path.

India, who had been practicing Buddhism for over 500 years, brought more than goods to China as they traveled along the silk road.

During the Han Dynasty (202 BC-220 AD) , enlightened missionaries and hopeful traders were anxious to engage China and then move on to Europe as well.The Indians brought religion or a philosophy as well - specifically Buddhism.

The Han Dynasty was a time of strict Confuscian beliefs.The Han Dynasty did benefit from Confucianism. Because of it, the Han Dynasty improved and established the system of ruling the land by morals and ethics, something that the Qin Dynasty overlooked. The establishment of a Confucian state has helped Han Wudi rule for 54 years, making him one of the longest rulers in China’s history. 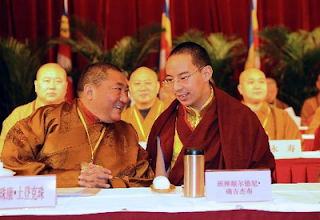 The religion has such an influence in China, large amounts of money and other human resources have been dedicated to the establishment of beautiful and elaborate temples and works of art. Today an estimated 100 million people in China follow Buddhism -- making it the largest religion of China! That's a lot of Buddhists!
Posted by Fujimini Island at 9:52 AM