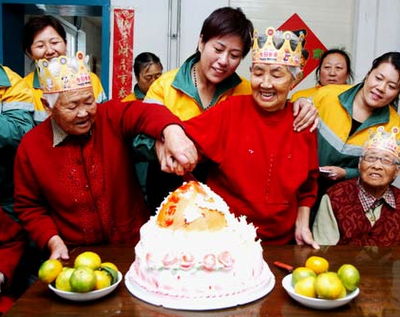 Every year this celebration falls on the third Monday of September, this year it is September 17th. The Japanese have traditionally referred to national holidays as "red days" due to the fact that they are marked in red on the Japanese calendars.

In Japanese culture, the elderly have always had a very important place within society, being viewed as the most wise and knowledgable people. It is for this reason that Respect for the Aged Day, also known as keiro no hi, is a holiday taken very seriously by the people of Japan, young and old.

Volunteers gather to distribute obento boxed lunches to the elderly people in their neighborhood, grandparents of elderly friends are treated to lunch, tea and sweets after the a special performance, called a keirokai ceremony, is held in their honor. 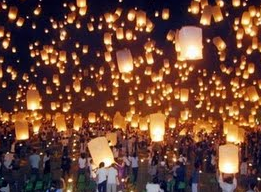 At the keirokai shows children and young people perform special dances and songs dedicated to the elderly people in their lives. Japanese tradition believes that after 60 you become a baby again because 60 years is one cycle on the Japanese calendar. So it is a tradition in Japan for people to wear red on their 60th birthday, being that in Japan babies are called "akachan", or red ones. This holiday is an opportunity for the people of Japan to spotlight the well-respected and much appreciated elderly members of their community.

Due to the high number of people in the nation that are aging, Respect for the Aged Day is only going to become increasingly important as the years go on!
Posted by Fujimini Island at 5:03 AM