The Chinese Dragon Boat Festival: The Legend Behind the Festival (Part One of Two) 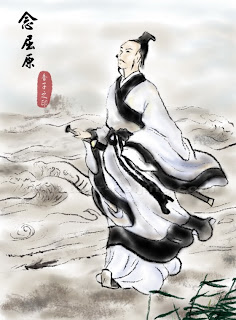 Today, one of the most exciting Chinese festivals has finally arrived- The Chinese Dragon Boat Festival! This festival has been celebrated on the fifth day of the fifth month of the lunar calendar for over 2,000 years and is held dear to the Chinese for its cultural as well as educational significance.

The festival's purpose is for the people of China to dispel and ward off diseases, but it also circulates heavily around the legend of the great Chinese poet, Qu Yuan.

During the Warring States Period, Qu Yuan acted as a minister in the State of Chu. After standing by his decision to fight against the state of Qin, which, at the time, was an extremely powerful state, he was ultimately exiled by the King.

Despite this, Qu Yuan remained loyal and loving towards his country. To demonstrate this, he began to write poetry honoring famous individuals and passionately describing Chinese culture and tradition. 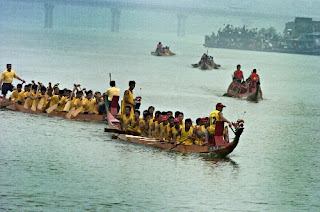 This act of patriotism made him into a well-respected Chinese poet in the eyes of the people of China, a title that lasted throughout Chinese history.

The legend does not end there. After concluding his last masterpiece, Huai Sha, he proceeded to drown himself in the river rather than have to stand by and see his country conquered by the State of Qin.

The local people were so distressed by this news, that they rushed to the river and threw food into it to deter the fish and animals from Qu Yuan's body. This tradition still remains alive on the day of Qu Yuan's death, which legend says is the fifth day of the fifth month on the Chinese Lunar Calendar.
Posted by Fujimini Island at 8:50 AM