The Origin of the Chinese Zodiac Animal Signs 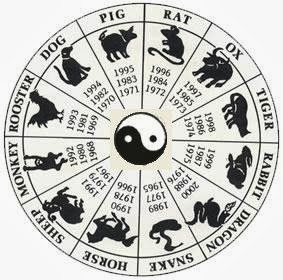 It is no secret that there is a long standing relationship or link between the Chinese culture and 12 animals of the Chinese Zodiac- but when did this relationship first develop? And for what purpose?

The Chinese Zodiac, also referred to as Sheng Xiao, was originally created as a counting system for counting the years according to the Chinese Lunar calendar. The ancient Chinese observed that there were 12 full moons per year, developing a link between time and astronomy- what many of us now may think of as astrology.

It was during the Han Dynasty where the order and characteristics of the 12 animals became considered a direct influence on the lives of people. It became believed, and still is today, that depending on the year of your birth you became associated with one of the 12 zodiac animals and this knowledge could yield predictions on everything from your personality and habits to what kind of year you might have.

The year of your birth, or your animal year, is known as your Benming Nian and based on the Chinese New Year, your animal year only comes about every 12 years- making it a very special year for you!

So if it is your animal year, how can you ensure that the fortune it brings about is good and not bad? The Chinese say the best way to ensure good fortune during the arrival of your animal year is to wear red on the New Year as well as a necklace purchase by someone else- it doesn't count if you buy it for yourself!
Posted by Fujimini Island at 9:42 PM