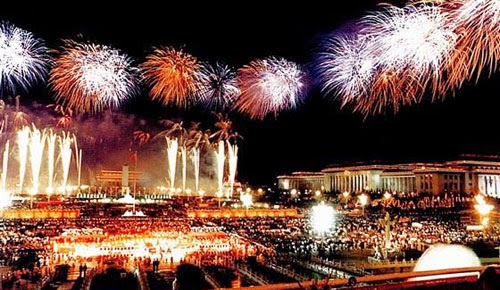 In China, the arrival of October doesn't only mean autumn weather and color changing leaves, but also the widespread celebration of their country with National Day and their annual fall Golden Week, lasting from October 1st through the 7th.

The seven day length makes this the longest Chinese public holiday after the Spring Festival, so people love taking this time to travel. It is also a very popular time for tourists to come to the country to witness the display of patriotism, so if you ever want to visit during this week make sure to plan ahead! The much anticipated week is purposed to commemorate the founding of the People's Republic of China in 1949.

Although the People's Republic of China was technically founded on September 21st of 1949, the ceremony to celebrate this revolutionary formation was held in Tiananmen Square on the first day of October, passing the "Resolution on the National Day of PRC" the following day. Curiously, even though National Day was not declared a holiday until 1949, the term appears within writings and the Chinese language as far back as the Western Jin Dynasty, which lasted from 265-316 AD. 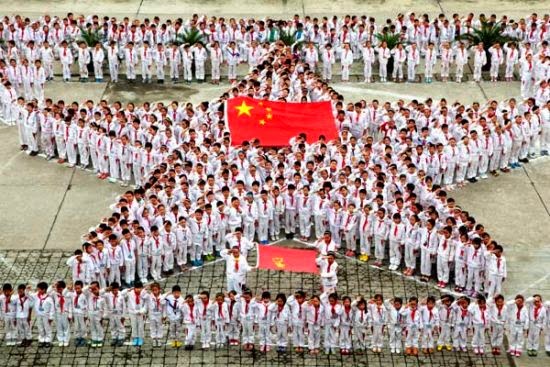 For people across China unable to make it to Tiananmen Square, many of the towns will host their own celebrations. Across China, people participate in flag-raising ceremonies, dancing, watch firework displays, and go to art exhibitions. For lovers of bargains and discounts, the 7-day holiday is one of the best times to shop, so get your wallet ready!